Cruise ships are being dismantled and sold as scrap metal due to the coronavirus pandemic all but destroying the global cruise industry.

Catch up on the main COVID-19 news from October 11 with our coronavirus blog.

“But after the pandemic, cruise ships changed course towards Aliaga in a 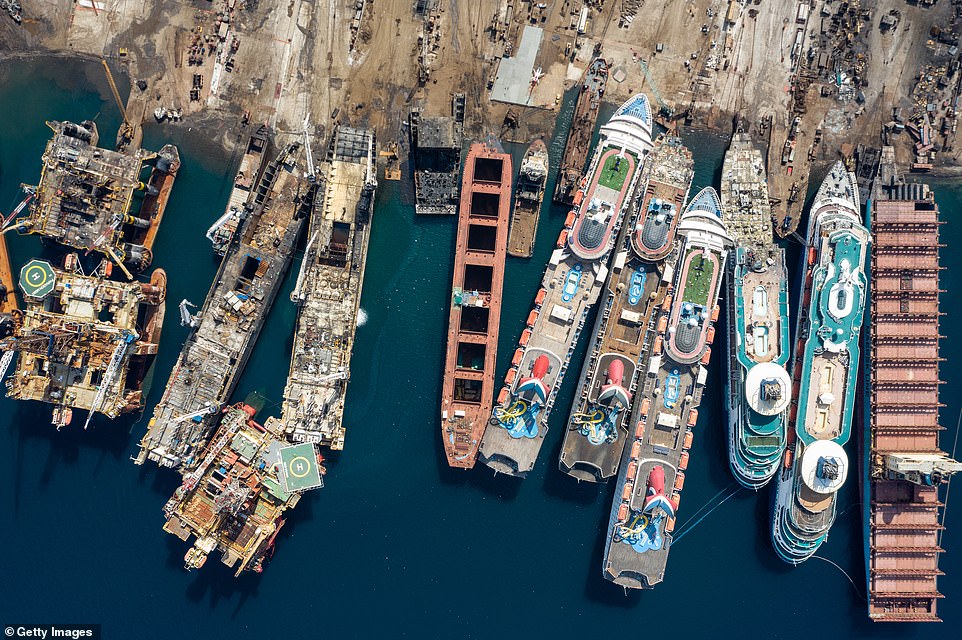 Cruise ships from Britain and the United States are being scrapped at a Turkish dock after the multi-billion pound industry was smashed by the coronavirus crisis.

The coronavirus cruise liner graveyard at the port in Aliaga, a town 30 miles north of Izmir on Turkey’s west coast, bustled with work again on Friday as scrapyard workers stripped walls, windows and railings from five vessels.

Cruise ships were home to the some of the earliest clusters of COVID-19 as the pandemic spread globally early this year.

In March, U.S. authorities issued a no-sail order for all cruise ships that remains in place, and many other countries, including the United Kingdom, have issued specific advice against travelling on the vessels.

One of the five ships in the scrapyard is the Carnival Fantasy formerly operated by the American giant Carnival Cruise Line. The vessel took her maiden voyage in 1990 and had only